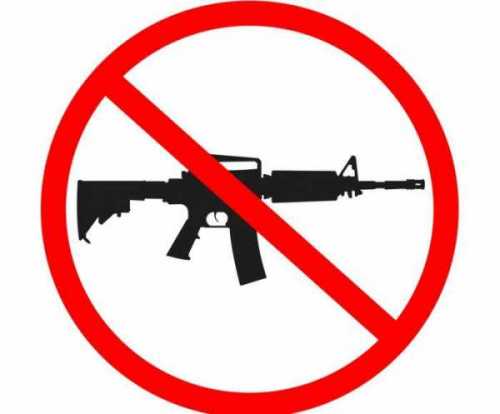 The murder of 17 children at the Stoneman Douglas High School is a tragedy that in the 18 years I have owned the Coralsprings.com website, I never thought I would have to write about.  It was bad enough in having to write about 9/11 2001 when another killer, Mohammed Atta, lived in our community before the hijacking and flying of a plane into the World Trade Center in New York City – and now the murder of 17 children – another mass murderer living amongst us.   Our community is heartbroken, and we have parents that have lost children, and we have politicians that continue to be bought off by the National Rifle Association. How can anyone explain this?

We are the sheep.  The government are the shepards  that are there to protect us.

We have Sheriff Israel standing in front of the cameras of the news reporters, telling us that there is nothing that can be done to stop anyone from walking into a school and killing our children.  We need to fire Sheriff Israel.  This was the 2nd time he said this.  The other time was  a little more than one year ago when someone took out a gun and killed 5 people injured 36 at the Fort Lauderdale Airport where his officers where busy giving tickets outside to motorists.  FLL Shooting

As long as we have a Sheriff that provides that blames the public saying we should be doing more, while they do less,  we are not safe.  If only someone would have looked at this persons facebook page and called the police, he said, we would have stopped this murderer.  Govenor Scott said that this was pure evil.  In most countries of the world,  you do not give evil a key to your front door.  You do ALL you can to stop it.  You fight evil.  You don’t sit back and say evil is too powerful, there is nothing we can do about it.  You certainly don’t blame the sheep that you are protecting. Instead you promise to try to do better at protecting the sheep from the wolves. If you can’t , then you owe it to the sheep to find another protector.

In the case of Stoneman Douglas High school,  Sheriff Israel says  that having a few officers guarding our schools would have not done anything.  What nonsense How could he be so sure if he hasn’t tried it yet.  In Israel when they had a rash of suicide bombers, the restaurants put armed guards in from of them and a barricade that made sure that when you entered the restaurant, you were checked.  The guard in front made a difference. An Armed Guard. In our case it would have been an armed policeman or even two.  In fact, why has he NOW deployed officers at ALL of our schools throughout the county if this is not a deterrent?   I have been writing about getting our schools to have more than just a resource officer but rather we need armed police officers to make sure killers do not have an easy opportunity.

Allowing anyone to by AR-15 style weapons ( including assault rifles) is INSANE. Anyone that says otherwise believes that guns are more valuable than human life, and our children.

The AR-15 , and assault rifles can be purchased by anyone that is 18 years of age or older. It has been reported that this weapon was purchased LEGALLY at a Coral Springs Gun Store.  This is the same weapon that has killed hundreds of innocent people in various massacres in this country, including Parkland and Las Vegas.   It used to be illegal to buy and own the AR-15 and other assault weapons.  However, when the CONGRESS OF THE UNITED STATES turned REPUBLICAN in 2004 , they removed the  1994 ban, signed by then President Clinton, outlawed 19 types of military-style assault weapons.  Assault Ban Why? Had they kept this in place, the murder Cruz would not have been able to buy one, and may have had more kids survive.

We also learned that several students actually knew that this guy was bad. One commented that the killer, while a student at the school, showed up packing a gun and showed it around.  If someone would have only reported this to the police or the school…..maybe lives would not have been lost.

We also know that FACEBOOK has again let this country down.  The killer posted several posts over a year that clearly showed off guns, and threatened to kill police.  Facebook could have instituted search process  that could search out a specific profile of postings identifying people that have posted violent postings.  It is quite easy to do.  Facebook allows terrorists to use their site, and now we can say that they allow child killers to use it as well.  Do they not have any responsibility to the country that they are citizens in ?

We are in shock of what happened in our community with 17 children being killed by an assault weapon used by  an 18 year old killer legally allowed to  buy it.  At the same time we do not put officers at our schools to protect our children from being murdered  by the very same people that we allow to buy guns, the weapons that kill.  Lunacy!

Now we have Sheriff Israel, and Governor Scott, telling us that we cannot expect our government to protect us.  It’s time to make sure our government doesn’t give up so easily and get rid of the lot of them.

– Written to remember those children that were killed today at Stoneman Douglas high school.