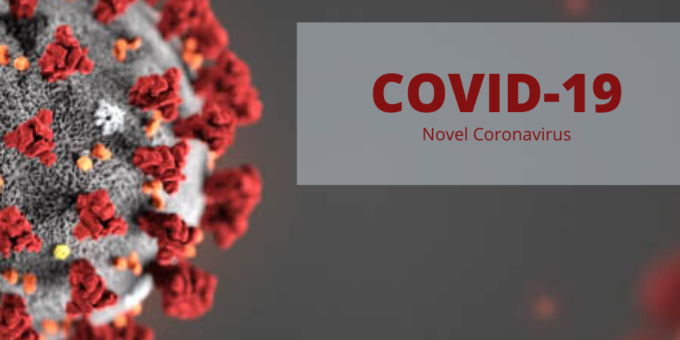 We are definitely at a moment in time where instead of being a hero, we have an incompetent science denying governor who decided to ignore the recommendations of the Covid-19 task force and opened up our businesses too early.

At the writing of this article, the amount of people that have been infected with Covid-19 is spiking and we are heading for a geometric increase in cases. Within 2-3 weeks, which is the delay time until some of those infected will be needing hospitalization , our hospitals will be overwhelmed and may not be able to handle the incoming sick people.

Different than the State of New York, where Governor Cuomo was pleading with Washington for more beds, and ventilators, while locking down the state, Disantis has decided to do nothing: No decree to force everyone to where masks, or Stay at Home or even to prepare for what may come.

Governor Disantis is obviously one of those individuals who do not believe in science. He thought we would never be here – in the position of increased cases of Covid, with 95% of the ICU beds occupied and more and more people being hospitalized.

Disantis has no leadership skills to rally the people – as Governor Cuomo did . No plan of action. Nothing. Instead he trusts the people will do the right thing, even though he has been doing the wrong thing.

We now see how the strategy of trusting people has gotten us into . They went to bars and restaurants without wearing a mask, even though almost every source of media ( even Fox news ) told them not wearing a mask will spread the virus. There are even some idiots that say its their constitutional right to no wear a mask. I read the constitution. The founding fathers forgot to put it in.

There are people still smoking today even though they know smoking gives them cancer. We took away the unwritten constitutional right to smoke by making it illegal to smoke indoors. Declaring everyone to put on masks, is not forcing them to smoke. It’s forcing us to do the right thing and save our own lives and the people around us. Rather than issuing a emergency decree forcing everyone to wear masks, Disantis has his trust in people. He must own a lot of swamp land and is still waiting for the millions of dollars some Nigerian Prince promised him in an email.

These Anti-Science Zealots would have you believe testing for Covid-19 actually causes you to get the virus. it is quite reasonable for them to add this all up and say more testing = more people found with the virus. To solve this problem all we have to do is stop testing and poof : Virus goes away.

Disantis has the same attitude towards statistics. He is suppressing the actual number of people that died in Senior Residences, making sure no one reports covid-19 deaths for people that are non-residents, and making sure only hospital deaths are counted and not those infected and died at home.

If we really knew the numbers, the Governor would have a hard time convincing all of us to come out of our shelters and spend money in restaurants , hairdressing salons, gyms, and Tattoo parlors. He is gambling that the scientists are wrong and somehow G_d will save us all.

“No need to close – Open! Besides, it’s mostly those Seniors, Blacks and Hispanics that are succumbing to the virus. They mostly live in South Florida – Where they vote mostly Democrat. The Expendables! “( parody)

He even fired Rebekah Jones, the data manager for the statistics on Covid-19 in Florida, who should have known better and lied like all of the others. She is still reporting the stats, on her own . Here is her LIVE updated stats which the World Health Organization and others are now using and the Governor does not want to see :

Even by the criteria of the Florida Department of Health, Broward County has not met the criteria for opening of next phase ( see report card below)

DiSantis, the Science Denier does not care who is going to die as a result of his premature opening of the state. He really doesn’t . He could have simply followed Governor Cuomo’s lead – the one that has those covid-19 numbers falling and saved the day. A few more weeks and we would have had the virus on the run.

The incompetence does not stop at the Republican governor. It reaches down to Jared Moskowitz, a Democrat Florida Congressman , who DiSantis made the Director of Emergency Management ( seen here at one of Disantis speeches). Disantis wanted to shut him up so he gave him a better paying job which Moskowitz grabbed onto. Moskowitz had absolutely no experience in managing anything since he has been a politician since he was 25. The perfect storm. A do nothing Governor and a no nothing Director, which has yielded the catastrophe we are now in.

However, he had a message from G_d, or Donald Trump ( again a parody) who told him don’t believe a Democrat or a scientist or for that matter, Common Sense.

The real reason is this Republican Governor believes in the Almighty Dollar. As his hero says ” Closing the Economy kills people too you know ” ( He actually said this and it is not a parody) . They use the equation : Killing the Economy = Covid-19 Killing people.

Disantis is pushing this deadly narrative since businesses he depends on for donations to his campaign and the favors he owes Donald Trump, have come home to roost.

To our Governor, one can assume it does not matter people are dying as a result of his lack of leadership and planning as long as the economy opens. The CoVid-19 cases are climbing, the hospitals now filling up, and more and more elderly, blacks and hispanics are dying from this horrible virus. To our Science Denier Do Nothing Trust People Governor , People are expendable including anyone who may have one of those factors that make them at a higher risk.

He is contributing to the fall of our economy as less and less people feel safe enough to go to those places he decided to open too early. As tourism declines, and unemployment increases his lack of any plan whatsoever will continue to hurt all of us, and kill a lot of us. Now, he needs to fix what he broke, but I doubt if he has the resolve to do so.

Governor Disantis: You have simply lost the confidence of anyone that has common sense, and believes in science. If you had any decency you would simply resign and let someone else try to stop this pandemic from killing more people. I am sure you can get another job in the White House.

3 thoughts on “Governor DiSantis: Are the Deaths of Seniors, Blacks and Hispanics Worth the Price of Keeping the Economy Open?”

Global Warning
2009-03-30  •  0 Comments
Be careful When Politicians Get involved with Science of Predicting the Weather by Howard Melamed Recently I was traveling back...
Timeline from BSO of Parkland Killings
2018-03-12  •  0 Comments
Click here for the report of the timeline produced by BSO. MSD-Timeline-summarized-Media-3-8-18