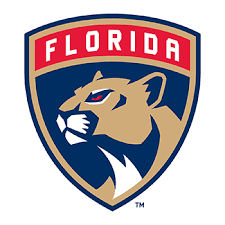 Coral Springs,Florida – 05/23/2022 :  This is not a good moment for hockey.  The #1 team ends up playing golf tomorrow,  and it’s highly paid  million dollar players – choke.   I am talking about Tampa Lightning sweeping the Florida Panthers 4-0, and players like  Alexander Barkov and John Huberdeau slacking off during the playoffs.

If you are a hockey fan, this type of stuff makes you want to turn the channel and watch Lacrosse.  There was no excuse for the ‘Cats’ as they are called by the ownership to not play with the same intensity that got them the  Presidential Cup – the highest point scoring team.  The same team that produced the most goals in the franchise history, could not put it together to score more than 1 goal a game and get shut out in critical game 4.

I am not sure where  Alex  Barkov, the team captain  was during the playoffs.  He was not the same person as during the season.  No intensity. No drive.    Same deal with Huberdeau – they both looked like they did not want to even be on the ice and that they did not care.  It was bad enough the rest of the team was dormant , but when the captain of the team does nothing- no intensity on the ice to lead the team  – how can you expect any different from the rest of the players ?

Time to demote him – for his lack of leadership.  A non-inspiring player has no business being the captain of team.  Time maybe to trade him to Montreal for the first round draft pick – since the Panthers gave  up their other draft picks to put together a team that knows how to lose.

How about our Coach ?  Brunette was out-coached during the playoffs. He continued to play the same players on the power play, even though they did not produce going 1 and who cares anymore on the power play . Pathetic hockey to say the least.  Coach Brunette never heard of the definition of insanity – doing the same thing over and over again expecting the same result.  His answer to the lack luster performance of the used to be top line, was to keep playing them.

Time to get a new coach.   A coach that knows.

With the best players in the league and the lack of performance from the best players the buck unfortunately stops at the Coach.  If he was not able to motivate the players,  adjust to the game presented before him, then he has to go.

What other answers can the Florida Panthers present to their loyal fan base ( like me) ?  What were we missing during the playoffs that we did not have during the year ?  Nothing.  We had the best players money can buy – the best team – and the team couldn’t come out to play for  during the playoffs.

This is all about coaching.  That is the only place where anyone can say needs to be improved.

As a season ticket holder I can only say that I was suckered into believing in a team that did not want to come out and play during the playoffs.  I am not sure how I will be able to get excited for a bunch of slackers and chokers next season.  I hope they trade some a few top players and get rid of this coach. At least bring back a team that wants to win.  Then if they lose , at least they tried hard.

As a fan, our expectations would be less, and I would be less frustrated with the team  that could have done a lot better than choke.