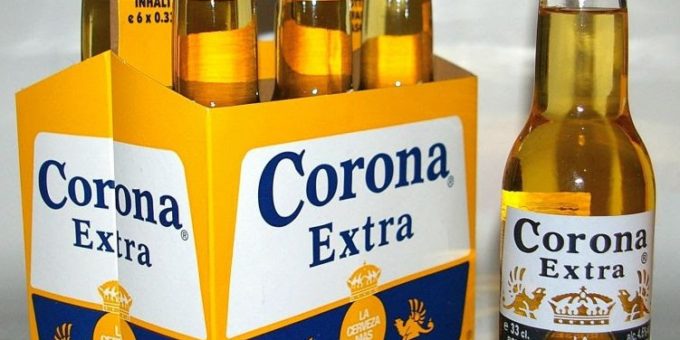 I find it ironic that the world is so concerned about the Coronavirus, instead of the real killers that take millions and millions of lives each year. Governments are stopping businesses, shutting schools,  not allowing people to come off cruise ships.  2,000 people have lost their lives to coronavirus, in a month, but according to statistics , 25,000 people have lost their lives because of hunger ( FAO). That adds up to roughly 9.1 million people who die of starvation this year alone.

More people will also die in this country do to gun violence compared to all of the deaths by viruses combined including Coronavirus. There is no panic for this. Nobody is saying or doing or has really done anything about the real killers in this world.  However,  get a virus in the public that sounds like a beer and wow, we all go crazy stinken nuts, and the media goes crazy.

This sort of reminds me of the anthrax scare right after 9/11 when one or two people received letters in the  mail with anthrax spores.  Hysteria set in,  and people started doing all kinds of stupid shit like calling the fire department when they saw some powder on the table after taking some powdered donuts out of the box, or calling for anything that looks like white powered. In Coral Springs, of the thousand or so calls, not one anthrax spore was found.

Then there was this Zika virus where the media created a hysteria which changed peoples minds to vacation in Florida – and started an insect Fogging alert for South Florida while the planes or helicopters would spray the Everglades.  What ever happened to this virus and why isn’t anyone worried about it ?

While on a business trip in Tel Aviv, I was dining at a restaurant with some customers from Mexico.  The waitress asked in her broken English if anyone wanted something to drink.  One of the Mexicans said “Corona” and the restaurant fell silent as every look over at our table no doubt waiting for the ambulance and the nurses and others dressed up in biological suits to carry these poor beer loving Mexicans the hell out of there.   Lesson to learn – Order another type of beer and maybe that is why sales of Corona beer are down 40%.

If you have a sniffle or a cough , you are now subject to more scrutiny than ever as people stare or jumps away or pull their children out of school.  Perhaps that is a good thing that can actually stop the hundered other viruses circulating out there. In fact  the chances you have a regular flu versus this Coronavirus are greater than 99.9999%.   That does not mean the people that got it are unlikely,  but rather it is unlikely that you will ever get it, unless you are in China or have travelled there, or are in the vicinity of people that may have had it.  You could have been those unfortunate passengers on the cruise ship or now called the “Virus Incubator”.   Norwalk virus never stopped anyone from coming off the ships, however increase the hysteria level and poof!  Government incompetence  at work!

This is not a terrorist attack – wash your hands

Then there are people coming up with all kinds of conspiracy theories like this was a biological weapon produced by the Chinese .   So this is what the Chinese wanted – their whole country shut down, all of the world look at them like assholes, because they couldn’t stop a virus that some crazy idiots got from eating bats or a pangolin in a market in some place no one could actually point to on a map.  Take a look at the sign below to reduce the risk of coronavirus infection – last like – avoid contact with wild animals – which definitely means don’t eat them.

Let’s go about our business of worrying about all the other shit that can spoil our day, and let’s add this  Coronavirus to the same list. Handling it all while drinking a Corona  beer  doing something our politicians and media do not want us to do . Put it all in perspective and stop panicking.  Wash your hands.

When this is all over, lets put the same effort into solving world hunger,  killings of innocent people because of wars, and focus our attention on reducing gun violence.  Apply the same hysteria, urgency and attention and we will save millions and millions  of lives.