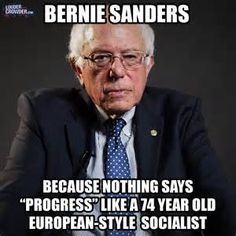 I think that the best part of this election is that I voted early and got the hell out of town, watching the election from my hotel room in Israel where I was on a business trip that included Switzerland and Holland.

Most of the Israeli men could not stop congratulating us as Trump was their favorite with his brash manner that they could respect.   All of the Israeli women could not stop asking what the hell was going on in the USA to elect a man that treats women so badly.  Then in Switzerland, the people shake their heads in disgust as they once again tell me that we are no longer part of the civilized community of nations.  This was in complete contrast to when Obama got elected and I was on a ferry between Stockholm Sweden  and Helsinki Finland on election night 8 years ago watching from a small TV in a coffee shop on the ship. There, everyone congratulated me slapping me on the back and welcoming America to the civilized world.

What a difference 8 years makes.

It was truly an incredible election night experience – which quite frankly , I was disappointed since I had voted for Clinton for President and Jones for Commissioner.  The good news of course was the defeat of half of  the sales tax increase and the semi-legalization of Marijuana .

Larry Vignola won.  Now he will sit in the seat of City Commissioner for a total term of 10 years even though there are 8 year term limits.  He was one of the commissioners responsible for spending $40,000,000 of your money on the new city hall.  When I ran for City Commissioner 2 years ago, and lost, I pointed this out and no one cared.  So I vote for Jones this time, and no one cared as well.  Now in this Donald Trump era, the ME era,  what do I care.  I own the property diagonally across the street from this $40,000,000  Taj Mahal.  My property was on the market for $825,000.  I raised it to $1,250,000 now that it is in spitting distance of the  Vignola Tower City Hall.  Jones Lost. Vignola won.  Great move Coral Springs!

How about the Trump defeating Clinton ?  I was watching this all night.  There are about 1,300,000 voters in Broward county.    Broward County is a Democratic stronghold and 400,000 voters  decided that voting was not important.  Overall in the country the voting turnout was down as the successful smart campaign of Trump made sure  to disgust voters in such a way that they decided to stay home rather than choose between “Cancer or a Heart Attack” .     Looks like we got the Cancer.  Clinton loses , Trump wins and now is President.

Added to this the crazy shenanigans of an over zealous FBI director that inserted his opinion in an already disastrous situation of an EMAIL scandal that was overplayed by the media and underplayed by the Clinton campaign.  Let’s not forget Wicki Leaks, Pondesta’s hacked emails, and the Russians!   Let’s not forget Hillary Clinton caused a lot of this  with her dam email server that had she not had it in the first place…she would have been president.

Women decided it was not important enough to support Clinton, here and in other parts of the country.   Groping Women is now ‘Ok’, women will lose the right to choose, and Roe Versus Wade is at risk.  Add to that Planned Parenthood will now be cancelled, I cannot understand what happened.  Smart move !

Latinos did not come out and vote.  Now family members may face deportation, calling Mexicans murders and rapists is ok.   What were you thinking? 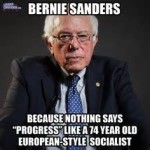 Bernie Sanders supporters!  Great move!  You didn’t think Hillary Clinton was left wing enough for you so you decided to show her.  You voted for third party candidates.  Trump wins.  Now you got your way but oops!  EPA is now going to be minimized, Clean coal ( basically dirty coal with a different name) , Coalminers black lung disease, drilling for oil near our shores  are now back.  No more healthcare,  let’s make fun of the handicap, and its ok to lower the minimum wage to poverty levels.  Bernie supporters! smart move!  Way to go!.

What about the Medical Marijuana now allowed in the state of Florida ?  Big deal?  BIG DEAL!  Let’s go all the way next time and legalize it for recreational use.  This way, instead of drinking to forget about a bad election,  I can further contemplate life while eating several sandwiches. Then, Trump or Clinton would not even matter…. I would be voted for Bernie and not care if he loses.

So we elect a president that does not believe in saving the environment or maybe plunging us into war if it suits him.  We elect someone that we need to turn off the TV when kids are watching the news.  Great.  Smart move America.  Less than half of the voters elected him, and he still won.  They wanted change.  Let’s hope that the change they wanted does not set our country back 40 years, destroy our environment, plunge us into wars, and increase hate crimes and attacks on minority communities.

It’s time to think of ME.  It’s time I support Donald Trump and hope the Democrats can find a candidate without the baggage that is worthy of my support.   You can’t fool me twice….and  to Bernie supporters: Up Yours!

United States Postal Service Says : Coral Springs is Pompano Beach We Get No Respect!
2006-01-08  •  0 Comments
Original Story Revised: 08 Jan 2006 12:08:33 -0500 . In March of this year, the United States Postal Service informed...
Removing Sheriff Israel or Any Elected Official by Florida Governor is Dangerous and Un-American
2019-02-02  •  0 Comments
Our Democratic process is at stake yet no one is protesting. Newly elected Florida Governor Ron DeSantis , a Republican,...