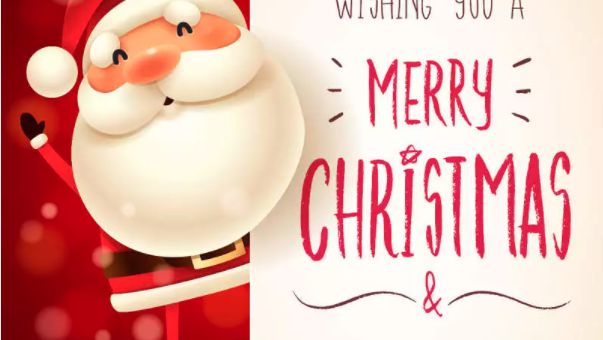 I think it is time that political correctness needs to yield to common sense and being polite.   No one should fear or get upset about being wished Merry Christmas. Happy Holidays on the other hand, seems to indicate something that the government would tell me.  What does Happy Holiday mean anyway? Nothing.  It is same sort of message that you get when you are waiting on the phone for a customer service representative and you are told “please stay on the line….we appreciate your business.” They don’t appreciate our business, and I don’t appreciate anything generically said just to be politically correct.

Maybe somebody should say  Merry Holidays or something. Or maybe a person that does not believe in religion to start with, would do justice by saying nothing. Maybe they should say Happy Holiday on government or bank holidays, and leave alone those people that believe in Christmas to say whatever they want to say.

Even though I am Jewish, I celebrate any holiday that preaches the message of peace and goodwill: Christmas included.  I often tell my Christian friends that there is no need to wish me a happy Hanukkah, when talking about Christmas.  My reasoning is that Christmas is the number one religious holiday for Christians and I recognize that.  Hanukkah is an eight on a scale of one to ten.

I feel it does Christmas an injustice when after I say Merry Christmas, I hear the response: Happy Hanukkah. Wishing me Happy Hanukkah, translates into wishing me “Happy Festival of Candles.”  However, Christians wishing me a Merry Christmas means you are wishing me peace and goodwill,  they are giving me their very best wishes.  Which one would you want? Happy candles or peace on earth, goodwill towards men?

There is no insult in wishing people of other religions Merry Christmas.  Those that object are probably miserable anyway and could use some “Christmas Spirit.” Those that are adamant, that you are casting some sort of spell on them…well…forgive them. They are obviously too stupid to think about anything else in any other terms.  At least when you say ‘ Bless you’  to someone that has sneezed they say ‘ Thank You’.   No attitude…even if they do not believe in religion.

For Jews, well, we were not allowed in the Catholic Churches since our mother tongue was  English .  We became the responsibility of the  Protestant School Board .

It was quite interesting because in my area of the city, the Protestant school was 99 percent Jewish. Yet, even so, we were taught in the same way as Christians, reading from the New Testament every morning and singing the hymns aloud, including Onward Christian Soldiers. In our non-secular environment, growing up Jewish and going to a Protestant school was a way of life.

The fact is, I found absolutely no conflict between my learning about Christianity and me being Jewish.  Attending school was a school thing, and back at the house, well, that is where religion is really practiced. In my family it was no different.

Growing up and going to school in a Christian environment  gave me a complete understanding of the need to be tolerant and the need to respect other people’s views. Christianity was not my religion, but rather something that was taught to me in School.

There was absolutely no threat in learning about someone else’s religion.  Not one Jew that I knew was ever converted and no one ever forced me to think in the way I think.

Throughout elementary and high school,  Christmas was celebrated by everyone, in the spirit of what Christmas has to offer.  Presents were exchanged and if we were lucky enough as Jews to have Christmas correspond to Hanukkah, then it was even more special.

I exchanged Hanukkah gifts from my Jewish friends and Christmas gifts from my Christian friends. How truly blessed we all were growing up in such an environment!

At my school, the Christmas play were performed mostly by Jews and I am quite certain that I played the baby Jesus a few times from Kindergarten to grade two.

Come to think of it, having a Jew play the baby Jesus was perhaps the most authentic way of presenting Christmas, since Jesus was a Jew.

While I attended McGill university in Montreal, most of the students were Christians. I never felt out of place or afraid.  Christmas was a time of joy.

I can remember, doing the Christmas caroling with some of the other Jewish students that had also attended the local Protestant  schools. This was fun, and it was a thrill for my Christian friends to hear.  I still know how to sing in Latin. In Montreal, there was no need to dream about a White Christmas. It was always there every December 25th , snow and all.

To me, there was never any problem with religion in school, and I often find it both amusing and disgusting that prayer in school in the United States has become a big issue.  I think those that oppose it should talk to me since I am an expert and I can testify that there is no threat.  I embrace the spirit of prayer in school and of course I do not feel threatened by it.

It is the very upbringing in the sea of Christianity that has enhanced my Jewish spirit. I have a strong belief in my religion without the need to discount or belittling anyone else’s right to believe as they want to believe.  I am not alone in this. There are several thousand Jews who were brought up the same way as I was and who attended the Protestant School Board of Greater Montreal..and are still Jewish!

So to you and your family, I wish you a healthy and happy Christmas, as well as a healthy and Happy New Year. It sincerely does come from my heart.   Wish me a very Merry Christmas as well.

Oh, by the way, don’t stop singing Christmas carols.  Maybe I will even join you in a couple of Latin ones I still remember.

Better is Luciano Pavarotti singing Adeste Fideles in Montreal back when I was in school …..

South Florida Entrepreneur Offers Tips to Airline Industry to avert crisis
2009-03-01  •  0 Comments
As the CEO of CellAntenna Corporation, I extensively travel around the country and around the world.  The latest moves by...
SHOCKING! UNACCEPTABLE! CORAL SPRINGS PARAMEDICS RESCUE AT MSD HIGH SCHOOL WAS DELAYED BY BSO IN APPLYING FIRST AID TO THE VICTIMS !
2018-02-26  •  0 Comments
More and more the active shooting  and murder of 17 adults and students at Marjory Stoneman Douglas High School last...