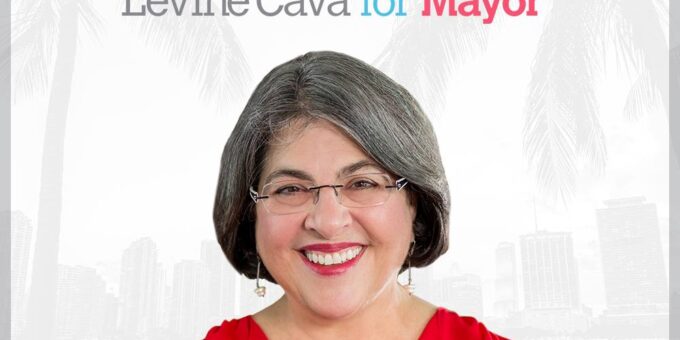 The tragedy in Surfside Florida where more than likely 150 people or more have died has affected all of us  in South Florida in many ways.

We are all seeking answers to why this collapse happened, and we want to see those people responsible ( if any)  for the gross negligence in indirectly causing this horrifying event to be prosecuted.

What we do not want to see is the political bullshit show this event has now become. The Miami-Dade Mayor , Danielle Levine Cava has made it one.

The people at the front and center providing the affected families and the media with information have been politicians.  They are the  very people no one trusts and have a motivation of being in front of the camera in order to support their re-election.

Politicians are not the Experts

Ask yourself why we need to hear from them at all.  They are not experts in the field of disaster mitigation, nor are they experts at engineering or even handling suffering .  Yet there they are .

From the beginning wanting to soak up the attention providing everyone  some glimmer of hope they lie ,  instead of telling the truth  – the probability of any one of the people trapped in the rubble are alive is almost nil.

No one gets pulled out of these type of disasters , and if they do, out of 150 people missing at the writing of this article, the chances of just 1 making it is a miracle.

It’s not that I do not want to believe in miracles.  Politicians are not the experts in miracles.    Family  members need to  face the reality of the situation, while believing in miracles – that their loved one may be the one.

Ask yourself who  you want to speak at the beginning of all of the news conferences in disasters like this one. Politician? Who can provide all of us with the right information  or at least the uncensored information.

It’s  the Fire Marshal or Fire Chief.  How about one of the captains on the scene ? How about the City of County engineer or the engineer that was called in for the World Trade Center or other disasters? These are the people that know.

The last people you want to hear from are people running for election and need the publicity – the ones that know nothing.

Here is how the news conference speakers are assigned. The Mayor of Miami Dade County Daniella Levine  Cava , the master of  ceremonies starts off.  She tells us how great a job the first responders are doing. Then, how they have had great cooperation from all of the other government agencies, while giving everyone the pat on  the back.

The only pat on the back necessary are to the first responders risking their lives in trying to find people, and the volunteers helping the family of the victims.

Cava’s measure of success or ‘progress’ as she claims,  is based on how many people are recovered from the rubble, all of them dead, since they are no longer missing.  She wants successes from this tragedy since success means reelection. It’s a numbers game to the politicians.

The next line item on her carefully planned agenda is to  call upon all of the other politicians that are present.  The governor Disantis – no news , the various Senators, and congressman, Rubio , Scott, Debbie Wasserman – nothing to add.  They all line up  to make sure they are in camera view, often blocking the view of the Fire Chief.

Then   steps up the mayor of Surfside, Charles Burkett.  He says the same thing every time. He was not mayor when the 2018 inspection was done. Everyone in the other two complexes to the North and East need to get the hell out of their buildings.  We understand.  You are running for re-election and the last thing you want is the public to pin you with the blame.

Twenty minutes go by.  The Fire Chief is finally called upon to provide an update. He is the most important person since he knows exactly what has and is happening.  Most of the reporters ask him the questions, but the politicians still want to get in the way, jostling for position in front of the microphone.  It’s pathetic.

The Fire Chief should have been first.  He and his office should be running the news conference that deals with a disasters and the emergency responders – not politicians.

How could he know that it was worse than he thought? He was not the engineer of 2018 or the building inspector of the city of Surfside, or the Fire Marshal that did the yearly inspection – who should have known better.  The President of the condo association was in the building too. He is under the rubble. The politicians know this but say nothing.  Shame on them.

The media interviews the  engineers who saw the damage who now tell us that they never say anything that bad.  Nothing that would have indicated a fatal collapse would  happen.  If they say anything else, like they  saw what they saw, they can be held responsible for not telling the building official about how bad the conditions were, and not asking for the building to be condemned and evacuated.  They might as well say something political like ‘ I have no recollection of the report I wrote or damage I saw’.

They need  the good publicity as much as the politicians.

One of the Miami Dade commissioner was given the opportunity to spew his bullshit in front of the cameras and said that he promises that this disaster will never happen again. He will guarantee it.  Legislation will be written.

Politicians  prey upon people’s emotions, and thrive on the publicity from the event.  This commissioner has no idea of  what really happened. This politician and others did nothing about the 2019 pedestrian bridge diaster of Florida International University in Miami, ( click here ).

More people killed by another engineering disaster in Miami Dade.  There is no way  this commissioner is going to make sure that any unforeseen events of the future that he could not predict in the past will not happen.  Elect him and he will make sure of of an event that happened on his watch will not happen again if he watches.

I think all of these politicians, especially the Miami-Dade mayor, are trying to control the narrative so the families of the victims do not ask important questions like:

1.  Why did it take so long to deploy the first and other cranes to the site? How come it took days to build up the teams they have now at the site ?  Perhaps bureaucracy – Run by Politicians.  Where was the National Guard? DeSantis could have deployed them immediately to help with the team that are removing debris from the collapse. How about the Army Corps of engineers? If Mayor Cava is in charge, how come no one has asked her , why.

2. Why did we need the Mexicans and Israelis to help the USA in finding people in a building that has collapsed in the United States of America? This is not some third world country.  Are we ready for these events? If not how come the politicians do not make sure we are ready?

Politicians Telling Us To Pray are Preying

To add to this, one of our Coral Springs commissioners , Joshua Simmons in an article he wrote for Coral Springs Talk,  is telling us  that we should all pray, and  we are an inclusive community that cares, and shows us a picture that we already have seen on the news.

No one needed another politician  to tell us to pray to score points so we re-elect them.  Perhaps instead of prayers, how about checking the few highrise  Coral Springs buildings to make sure they are safe ?

Or following in the footsteps of what needs to be done and pass some important legislation that makes this city safer than ever.  We all can pray while the politicians stick to the job they were elected to do.

Even with  the collapse of bridges like that in San Francisco, or the pedestrian walkway in Miami, or the Parkland murders ,  the politicians feed on our need for something to be done about this event.

They want us to think positive in all of the negative they have created by inaction or actions.  Yet, the infrastructure funding  has been held up by politicians for years. Gun legislation never happened. They lie to us saying they  are going to make sure nothing like this will happen again –  until it does .

We Won’t Get Fooled Again

I hope you are not fooled by any of these politicians that  show of empathy for the victims – since we cannot trust this reaction since after all ,  they are politicians.  Maybe they really really do care, but experience has shown us that once the spotlight is no longer their, they quickly forget.

No doubt all of these politicians will run for cover, once the family of the victims start asking the questions the politicians do not want to hear.  Politicians will try to control the grieving families, as in every other disaster.

We know they are bullshitting us, but we elect them anyway.