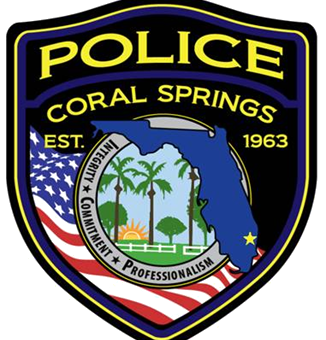 Coral Springs Florida , 01/09/2022 : Residence of Turtle Run were woken up to gun shots Sunday Morning on January 9,2022 at around 4:40 am . One person was shot in the stomach and died shortly after at the hospital. From the crime scene, CSPD determined that the victim shot the assailant multiple times in the leg. This occurred at the 4100 block of NW 66th Terrace in Coral Springs. The suspect left with another person in a silver Honda Civic, that had damage to its front end.

All of these details can be heard on the 911 Dispatch radio recording taken from the feed files located on Broadcastify.com. Coralsprings.com has been broadcasting this link located on the left side of the page, for more than 22 years. Here is the silence truncated recording compressed from 75 minutes to 15 minutes :

Coral Springs Police arrived on the scene a few minutes after many callers contacted 911 dispatch. They quickly set up a perimeter. Once they received a description of the suspect, they sent out a BOLO ( Be On The Look Out) to the Broward County Sheriff and other police forces nearby.

The lead detective asked the CSPD to contact the local hospitals since he knew that the suspect had been shot. A hospital in the area informed the police department that they had someone fitting the description of the assailant. He was in critical condition from several gun shot wounds matching those at the crime scene.

A CSDP officer and a Broward County Deputy quickly secured the assailant at the Broward General hospital.

The professionalism once again shown by our Coral Springs Police is quite evident. You can hear the technical resources that our officers have. From the time on the scene until they had the suspect identified and located was less than 1 hour !

HAZARDOUS ASBESTOS FOUND: PORTABLE CLASSROOM CLOSED AT TARAVELLA HIGH SCHOOL
2000-06-12  •  0 Comments
Same portable classrooms used throughout county A portable classroom was closed to students last week after it was found to contain the...
RAT PACK GIVE THEMSELVES GOING AWAY PRESENT:
2002-02-12  •  0 Comments
Sommerer, Poling and Berk VOTE FOR SUBSIDIZED HEALTH CARE The RAT PACK, Sommerer, Poling and Berk voted to give themselves...