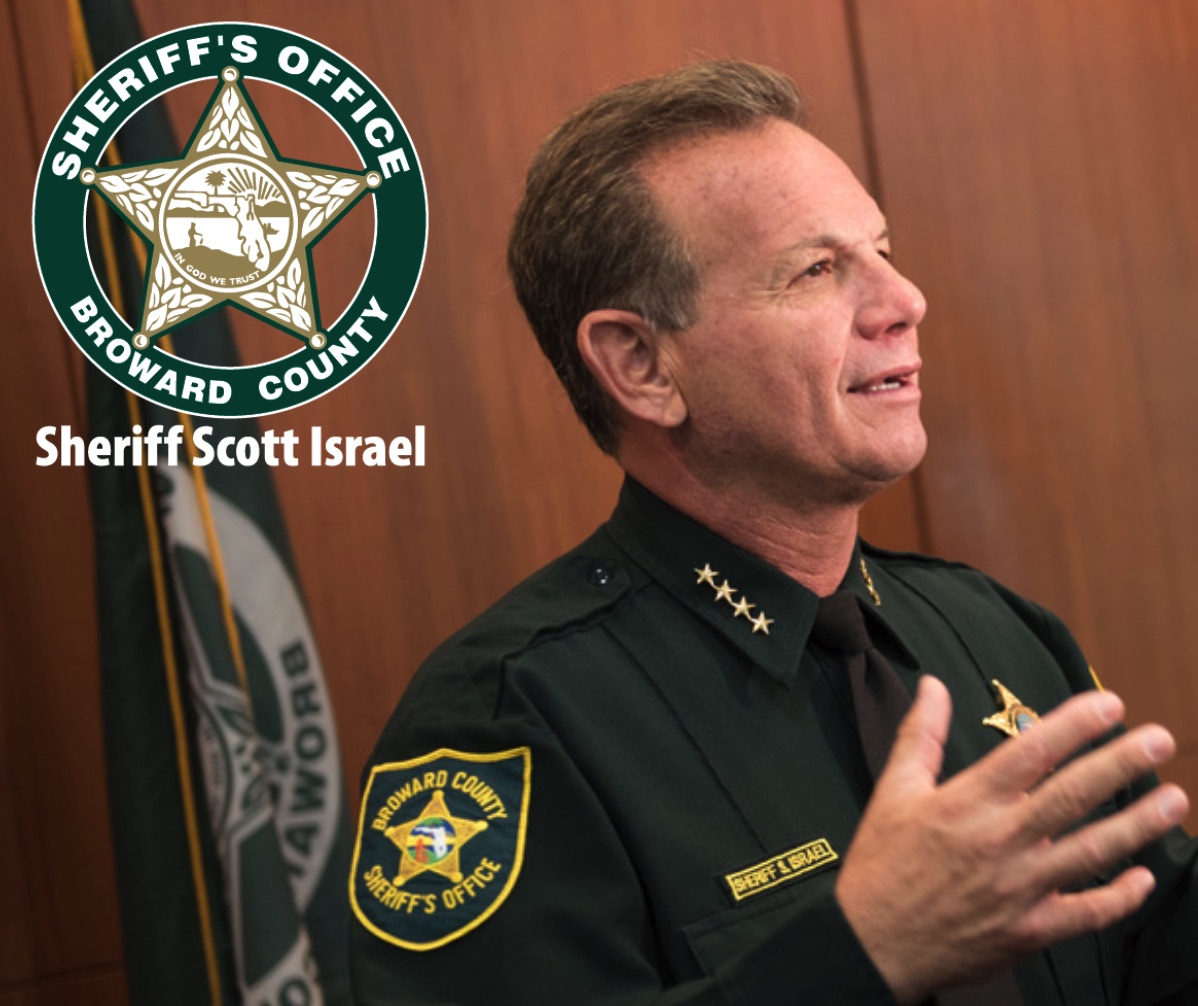 Standing in front of the TV cameras it is easy to say  ” If You  See Something Say Something ” .  The cliche comes from the Department of Homeland Security .   How about  saying something like :  Sheriff Israel You NEED TO Resign.

It is quite obvious that your department is poorly trained and not ready to handle the tasks at hand. 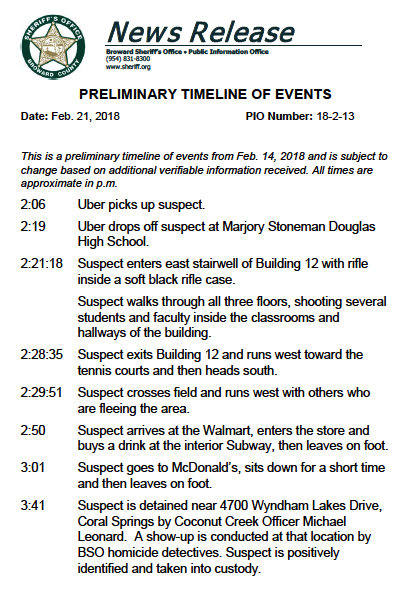 Not one but  4 officers pathetically stood by while they heard shots firing inside Stoneman Douglas High School.  The protocol that has been in place for several years after Colombine High School  massacre,  is that when you hear shots in a school you confront the shooter AS SOON AS POSSIBLE.   I am not saying that this would have done something – But it is quite possible that it may have. At least the Sheriff could have said he did all he could. Now instead, we all have questions and we hear a lot of excuses.

The Coral Springs Police Department ran in as soon as they arrived at the seen.  The 4 Broward County officers chickened out even though they were first on the seen.  Disgusting.

The murderer was allowed to simply get away as he walked out with the other students.  He went to Walmart around the corner through the police lines who failed to lock down the crime scene. He then walked to McDonalds a few blocks away.  He was finally picked up 1 1/2 hours later – walking in one of the residential neighborhoods near the school.

Had he had a weapon with him – which he could have – he may have shot more people at these locations as the Broward County Sheriff  (BSO) department failed to lock down the area and form a perimeter.

This is not the first incident that the Broward County Sheriff has failed us.  He did the same at the Fort Lauderdale Airport shooting in the baggage area on January 6 of 2017.  There the Murdered simply picked up his luggage, went to the bathroom, took out his handgun , loaded it and walked into the baggage area and unloaded the clip killing 5 people and injuring 36 others in the ensuing panic .   There was not even one Officer from the Broward County Sheriff department providing security.  It took several minutes before an officer showed up, with the murderer already lying down on the carpet with his hands out and gun thrown to aside by himself.  I was told that he even looked at his watch waiting wondering where the police were.  In both cases of the Fort Lauderdale Airport shooting and the MSD high school shooting, the BSO  did not have to confront and armed shooter!

Sheriff Israel when asked why there was no one there for security from his department and he answered, the same as he answered the night of the shooting at the highschool. ” It would not have mattered since someone with a weapon that has evil in his mind cannot be stopped.”  I think it would – and at least we could have tried, should have been the response.

Perhaps we know the real story.  His officers at the airport probably heard the shots and waited outside . 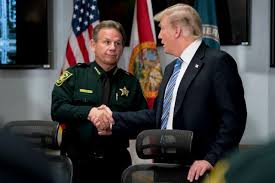 So the question who is responsible for training of the officers that did not do what they were supposed to do ?  The responsibility is always with the coach of the team.  Here the Coach is Sheriff Israel.   He needs to take responsibility and resign.  It is quite obvious that either he does not have the right playbook for his officers or his officers are not being properly vetted before they are hired.

Sheriff Israel is  well liked.   He really is a nice guy.  However we don’t need nice guys but we need is strong leadership and safe schools.  He is a Democrat and as such still has the support of the Democratic party here in our county.  Many of our commissioners , mayors, state legislatures, are Democrats as well.  No one is putting any pressure on him – except for Coral Springs City Manager Mike Goodrum  who as sources put it – screamed at the Sheriff wanting to know why his men stood by while the Coral Springs PD went into the School. This is not about party politics ( or Pee Pee as I like to put it ), surely they can find someone else to win an election in our county.

1/2 of Broward county taxes collected goes to the Broward County Sheriff Department.  We have the ability to hire the BEST there is. Let’s make sure we do so.  We need to start at the top.

It is time for Sheriff Israel, who has no new solutions or answers, to do the right thing :  RESIGN.