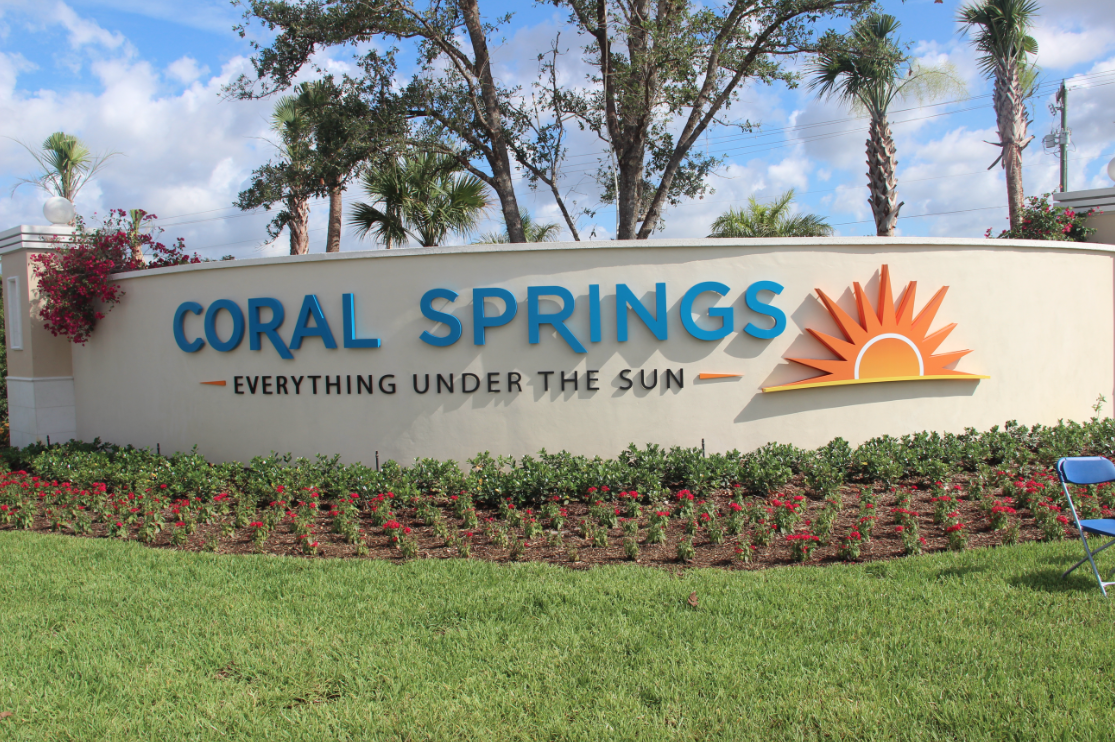 With a proud look of accomplishment, Coral Springs City Manager Michael Levenson announced tonight that an agreement has been reached bringing to the city , the Regional Headquarters of the #1 largest furniture retailer in the United States, Rooms To GO.

Securing Rooms To Go was a major accomplishment for Wally Eccleston of the Economic Development Foundation, Inc (EDF), the company set up by the city to provide attractive financial packages to perspective businesses in order to bring them to Coral Springs. EDF was able to lure the regional headquarters and distribution center out of the hands of other cities which lost the bid. These cities included North Lauderdale, Sunrise, and North Dade county, which were negotiating for Rooms To Go to be a part of their own economic development.

Among some of the incentives offered by the City to Rooms To Go include $300,000 of matching county and state funds, and, the waiving of more than $350,000 worth of building permit fees. Michael Levenson stated that the estimated benefit to the City for this deal is a net present value increase in the City’s general fund(tax income) of $6 million dollars. He stated that “For every dollar that the City contributes to the deal, ten dollars worth of benefits go towards the General Fund”.

Rooms To Go Senior Vice President Jeffrey Finkel (shown on right)was on hand to thank the city and to describe the reasoning behind its decision to accept the City of Coral Springs as its South Florida base of operations. He stated that they chose Coral Springs due to its accessibility to I-95, and the ability to service its customers in South Florida.

“From this location, we can also service customers within a 100 mile corridor along Interstate 95 from Miami up to Maine” he stated.

Mr. Finkel further elaborated that more than 600 jobs would be created by the move and very few of them will be filled by existing employees relocating to the city. The building will consolidate several operational centers including the regional headquarters located in Boca Raton, trucking operations located in Dade County, and the South Florida warehouse distribution portion now located in Lakeland Florida. The total cost of the project is estimated to be $30-$32 million.

The E-commerce website of Rooms TO Go will be operated and serviced exclusively from Coral Springs. Roomstogo.com and Roomtogokids.com were recently set up by the company to handle customers who prefer to do their shopping on the Internet. However, Mr. Finkel indicated that 9 out of 10 customers prefer to see the product and ‘sit in the sofa’ at their retail locations.

Ron Kent , Vice President of Jack Lupo Realty Company Inc. the realtor for Rooms To Go said part of the reason for the acceptance of Coral Springs by his client was the reasonable conclusion of the negotiations for the price of the land combined with the right city zoning in place. Representing the owners of the property are Christopher Metzger, Senior Director for the brokerage firm of Cushman & Wakefield.

Stephen Blumenthal , of The Corporate Park of Coral Springs D/B/A for Pan American at Coral Springs Inc, the land owners, indicated that 19 acres is all that is left from their original inventory.

CORAL SPRINGS, FL – The Festival of Trees is coming back to Coral Springs Center for the Arts – a… [...]

Fifteen years ago, my six-year-old son Chansen was diagnosed with cancer. What followed was a whirlwind of emotional and financial… [...]

A local free press is essential to a healthy democracy. It’s as true now as 230 years ago when the… [...]

Delray’s massive Christmas tree rises 100 feet. Here’s when its thousands of lights will go on.

Delray Beach will kick off the holiday season with one of its most popular, annual attractions: the lighting of its… [...]

HANDICAP PARKING ABUSE
2005-04-04  •  0 Comments
by Howard Melamed I am tired of seeing someone  in a 1998 lincoln continental  park in a handicap parking spot...
United States Immigration and Naturalization Service
2001-09-15  •  0 Comments
Terrorists Welcome: All others Line up and Wait INS is the 'Weakest Link' in protecting the United States by Howard...