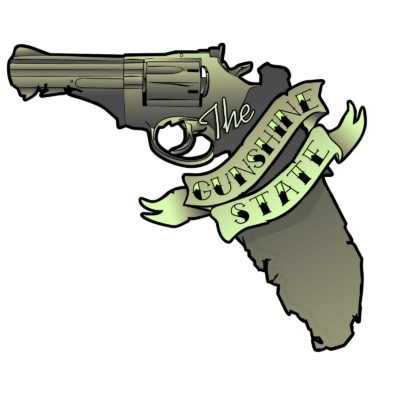 In Coral Springs, there are restrictions to the distance where you place a Adult Book store, adult entertainment facility and massage parlors from any school, but no restrictions as to where you can have a gun store.  Final Judgment

This is in line with the dinosaurs we have a State politicians that look at sex as being more leathal than guns to our children. The shooting at MSD High School and other threats to our students have indicated otherwise. Is it not strange that an adult book store has to be 1 mile away from a school in Coral Springs according to the ordnance , but it is ok to have a Gun Store on Wiles Road 1/2 a mile away from Coral Springs Middle School, and 1.7 miles away from Marjory Stoneman Douglas High School, where the shootings took place last month?

Why are gun stores allowed near a school ?  It’s because the city of Coral Springs cannot pass any laws that restrict Guns.  Here is why:

Section 790.33 Field of regulation of firearms and ammunition preempted

(1) PREEMPTION.—Except as expressly provided by the State Constitution or general law, the Legislature hereby declares that it is occupying the whole field of regulation of firearms and ammunition, including the purchase, sale, transfer, taxation, manufacture, ownership, possession, storage, and transportation thereof, to the exclusion of all existing and future county, city, town, or municipal ordinances or any administrative regulations or rules adopted by local or state government relating thereto.

I like the ‘thereto’ at the end. That is what our city is up against if they even want to pass any laws that limit in anyway, weapons. It’s the 2nd amendment of the constitution, a Federally enforced law being enforced by the State.  In fact the State decided to go out of its way to make sure that no county or city can do anything about guns.  We are the GunShine State.

If a store is allowed near a school, then you can put in a gun store. No city can ZONE out the gun shop but they can zone out any other type of business . The state law has been in the books since 1987 and no doubt needs to be changed. However, who is going to do it?

Governor Scott, Attourney General Pam Bondi and the politicians that are taking money from the NRA certainly have no desire to do so. Arm Teachers – yes- since that increases gun sales. Move the gun store to a safer place – no.

The only clause in the state Gun Law that has something to do with schools is section 790.115

790.115 Possessing or discharging weapons or firearms at a school-sponsored event or on school property prohibited; penalties; exceptions.—
(1) A person who exhibits any sword, sword cane, firearm, electric weapon or device, destructive device, or other weapon as defined in s. 790.001(13), including a razor blade, box cutter, or common pocketknife, except as authorized in support of school-sanctioned activities, in the presence of one or more persons in a rude, careless, angry, or threatening manner and not in lawful self-defense, at a school-sponsored event or on the grounds or facilities of any school, school bus, or school bus stop, or within 1,000 feet of the real property that comprises a public or private elementary school, middle school, or secondary school, during school hours or during the time of a sanctioned school activity, commits a felony of the third degree, punishable as provided in s. 775.082, s. 775.083, or s. 775.084. This subsection does not apply to the exhibition of a firearm or weapon on private real property within 1,000 feet of a school by the owner of such property or by a person whose presence on such property has been authorized, licensed, or invited by the owner.

If you listen to the State dinosaur poiticians that are claiming that video games and movies is what is driving 18 year olds to go buy a gun and kill – then how about walking by a gun store on your way to school and seeing GUNS on the sign and windows ? In fact on Wiles road there are not one but three gun shops , and the one that is closest to Coral Springs Middle School has GUNS on the sign. Tempation ?

Seems to me that the state politicians have a dumb way of looking at what is and what is not a danger to our children.

Here is the Coral Springs ordinance concerning Adult Entertainment Business and the distance from a school. It is section 25-145 (b) which states:

(b) Distance requirements. No adult bookstore, adult motion picture theater, adult motel or hotel, cabaret or massage parlor shall be located within one mile radius, property line to property line, or any other aforementioned establishments or within one thousand (1,000) feet, property line to property line, of any establishment selling beer or intoxicating liquor for consumption on the premises; hotels; motels; public lodging houses; churches; schools; kindergartens, nursery schools, day care centers; pawnshops; pool or billiard halls; or within one thousand (1,000) feet of any area zoned for residential use.

In it you will also find that HOME BUSINESS are even exempt from any zoning regulation involving bullets and guns! You can’t have a pre-school in a house but manufacture guns….no problem! Are we that stupid ? Is this the Wild Wild West?

How about the following:

There is an ordinance in Coral Springs that prohibits smoking whitin a 1000 feet of a a school( CS City Ordinance Sec 11-28) , but no ordinance can be passed that is prohibiting selling guns near a school. ( 1000 feet again )

There is an ordinance against Nude Bathing but no ordinance can be passed concerning selling guns. (Coral Springs City Ordinace Sec. 11-7)

There is even an ordinance against fishing from a posted bridge but none against selling weapons since the state refuses to allow cities to pass any. (Coral Springs City Ordinace Sec. 11-8)

How about the ordinance preventing Hunting in the city of Coral Springs(CS City Ordinance  Sec 4-3) but we can’t restrict buying a hunting weapon near a school because Governor Scott, Pam Bondi etc have no will do let cities do so .

There is even a whole section ( Section 15 ) when it comes to Newsracks! That’s right. It deals with where you can place them, and the safety of them, and how they need to be maintained…. but our city can do nothing concerning Firearms of any kind.

This has nothing at all to do with the 2nd amendment rights to bear arms. It has to do with common sense and if we are in charge of the safety of our city.

I know for certain as well, that we have Dinosaur State Politicans that can see no evil in supporting anything that the NRA shoves down their throats since there is also no law in accepting any money from organizations like the NRA . We need to resist the temptation of going back to the dark ages of the Wild West. We need forward thinking politicians that can make our city safer, and at least start somewhere by making it illegal to sell guns near schools.

Knowing your ABC’s : Anybody But China
2001-04-15  •  0 Comments
International affairs are very remote to people living in Coral Springs.  We are not near any military installations and we...
VOTING FOR PRESIDENT OF THE WORLD
2004-10-25  •  0 Comments
- by Howard Melamed 10/25/04 Voting is an important part of being an American. Given the current state of events...