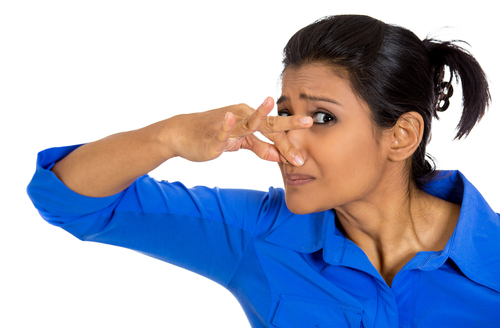 The Hills and Running Brook Hills are located in the center of Coral Springs, and was the first homestead. It is made up of about 50 single family homes on large 1-2 acre lots. The homes were built in the 70’s. A drug treatment center business has purchased 4 of these homes, will be filling them up with patients and staff despite that fact that the area is only zoned for Single Family. The business owner , who was thrown out of Parkland, found a home in Coral Springs where a special magistrate allowed them to operate two homes in the area. The problem is that all of the homes in this area use septic tanks and leaching fields to handle the toilets, sink and showers . The system will be overwhelmed by the excessive sewage coming from the increase in occupants at any of the homes and eventually the lack of treatment of the sewage will infiltrate our drinking water supply which we get from wells dug 150 feet below. This is the wrong place to put a multifamily business facility.

In the Hills, all of the homes are on septic tanks using a leaching field bed. There is no city sewer for anyone to connect to in this community . Resident here only pay for water and the bill is less than half as a result. Each home has its own sewage treatment, and the size of both the septic tank and the associated leaching field were calculated to handle the size and nature of the occupancy at the time ( back in the 70’s), which is on average 4 bedroom occupancy of 5 people.

These sewage treatment type of installations are what is called Stage 2. That is, they act to remove solid raw sewage changing the solid wastes to activated sludge that remains in the tank. The effluent wastewater, without solid waste and paper is allowed to continue to the leaching drain field which is absorbed by the ground around it. The leaching field is 2 feet below the grass surface and requires little maintenance unless overwhelmed by too much sewage.

According to reports, these treatment centers may have as many as 15-20 people at any one time, and these people will be using the bathrooms and showers. They include both workers and residents. All of the houses in our development are of Single Family, not Multi-family. The zoning properly reflects this and both sewer, water, roadways, parking, etc are adequate given for the current single family conditions. The septic tank and leaching fields were designed for Single Family.

Doubling or Tripling the occupancy of any of these homes will overwhelm the septic system by all of the raw sewage generated by too many people in the same home. The septic tank can no longer perform the conversion from solid sewage to activated sludge, and the raw sewage, untreated, seeps into the leaching field. Overwhelmed and blocked by solids and paper products, the effluent makes its way either to the surface, exposing a biohazard, or makes its way to either the ground water, or the water drainage lakes .

Because of the possibility of sewage seeping to the surface and contaminating various groundwater layers, the South Florida Water Management (SFWM) District wants to do away with the septic systems. Our drinking water can depend on it. On their website :

“Older or improperly maintained sewage and septic systems can leak. These kinds of leaks can contaminate interconnected water systems. Systems at risk range from individual yards and neighborhood or community lakes or waterways to the regional systems that flow eventually into wetlands, aquifers and the oceans, bays and estuaries surrounding Florida.” – https://www.sfwmd.gov/community-residents/what-can-you-do

An overwhelmed septic system puts all of us at risk.

It is important to note that the SFWM is not the only government entity that comes into play with these issues. The quality of the water is dictated by the Environmental Protection Agency (EPA) and the Clean Water Act, and wastewater facilities operate to specified permits by National Pollutant Discharge Elimination System (NPDES). According to the EPA, The Clean Water Act (CWA) establishes the basic structure for regulating discharges of pollutants into the waters of the United States and regulating quality standards for surface waters. Under the CWA, EPA sets wastewater standards for industry. The EPA has also developed national water quality criteria recommendations for pollutants in surface waters. EPA’s National Pollutant Discharge Elimination System (NPDES) permit program controls discharges. IF there is a leak of raw sewage, the Florida Department of Health as well as the Florida Department of Environmental Protection would get involved.

With no plans in the current time frame to convert the septic systems to city sewer, ( costs are millions and we don’t have the money) , providing any occupancy to any facility that will exceed the normal sewage load in our area would create an environmental problem as well as a biological hazard to its existing homeowners.

In order to confirm all of the above, the City Commissioners need to demand from those that wish to place any type of facility in any signal family residents in our area, that they perform an Environmental Impact study. This study would either provide the city with information that confirms or removes this concern.

As well, the owners of the company that purchased the property can design and apply for permits to install a Stage 4 Treatment plant on their property to deal with the wastewater treatment. THey could as well apply for permits to extend the leaching beds and increase their septic tanks to handle the sewage load. This would be their responsibility to insure that the system is adequate.

Any property must show that a) they have adequate water supply and b) sewage handling. Unless the facility organizers can provide the city with a plan of action to handle the wastewater load, the city cannot and should not provide any occupancy certificate.

The City Commissioners would be in their legal right to do nothing less.