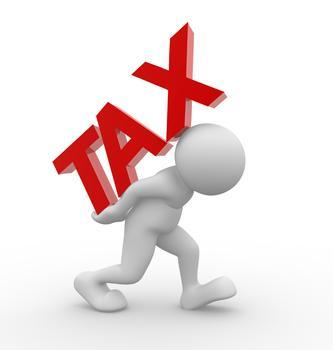 If you are a homeowner in Coral Springs or own a commercial property,  expect to get  an increase of 35% in city property taxes ( actually it’s  34.89  % , see page 32 of the budget by clicking the photo on the right )  . That is  unless of course you can convince the city commissioners not to do it at a special budget meeting called on Tuesday the  19th of September at 5:15 pm.

Follow me on this.   Download the 2018 Proposed Budget for yourself by clicking on the link on the photo  or here. It is easy to see for yourself.

The city commissioners want you to believe that the increase is needed for positive requirements of the city.  They want to tell you how our taxes are lower than other cities and we should be thankful that they are not asking us to pay more. See how bad other cities have and be thankful that WE don’t tax you more.  Doesn’t that sound like Government thinking we work for them and not the other way around?   What they are really doing is leaving out the real reason why they need us to fork over more money which are basically 2 issues :

Focus on the above two points.  For if they decided to save some money… just a little…..no tax increase would be needed.

The city wants you to believe that they need the extra money for enhancing staffing levels in public safety, improving median maintenance and condition of streets and street lighting, replacing walking/biking paths, addressing aging infrastructure, refreshing our parks and maintenance plans,  and increasing events for all segments of our community.  They want to also continue the city’s  commitment to attracting and retaining a well-qualified, highly regarded workforce. This is straight out of their 2018 budget documents. See for yourself.

What they don’t make obvious is that this budget also increases rates on single family owners of  3.5% for Water and Garbage and  16% increase in  single-family Fire Assessment with no increase to apartment buildings.  It is apartments that have forced this city in increase its staffing in greater proportion than single family housing.  The city needs to get the equivalent taxes of a $255,000 home  from each apartment to break even, which they don’t get now.

They also don’t want you to focus on the  increase to service the new City Hall debt , approaching  $40,000,000,  as to  the real reason why they need more money. Add to that the cost of running the Taj Mahal City Hall, moving expenses of $200,000 that they did not expect ( not sure why they did not know this) and running a $40,000,000 building makes us wonder what were they thinking when they all voted to build the city hall in 2014 .

“Dan Daley stressed that taxes will not be raised to pay for the complex.  “We don’t have to raise taxes to make this happen…to finally make this happen.”- Coralspringstalk.com April 7,2016

Most of the tax increase in your tax bill is from the City of Coral Springs.  Broward county had small amounts of increase inline with cost of living percentages.   Last year the city had a surplus! Where did all the money – To their incredible thirst for spending taxpayer’s money?

Our city commissioners  approved the construction of this Taj Mahal, a building that is 2 stories too high and has an $8,000,000  parking garage that no one will use.    It does not matter to them that they are over budget  since this is not their money.  Never has been.   In fact there is no reason for them to  save money on anything.

How did this happen?

Simply put – You elected Commissioners  Daley, Vignola and Cimaglia, who  all ran on making sure the city hall was to be built.  Mayor Campbell, and Joy Carter  ran on the other platform – that the city hall  was too expensive at $28,000,000.   Now that it is approaching $40,000,000 and no one is screaming for an investigation – when did they know they would be 30% over budget? – did they approve the project knowing this without telling the citizens? How could they simply spend our money with out a vote?  All of these points are never going to be answered as long as everyone let’s them get away with this. That is because YOU KEEP VOTING THEM IN! Maybe they are friends of yours….so ask them to pay your increase in taxes.   They have their hands in our pockets and yet….you keep voting them in.  It’s not their fault.

This city hall has cost us dearly and we are paying the price of the poor decisions and mistakes by city commissioners over the past several years.  To think that we could have simply bought the multistory ‘Darth Vader’ building just south of the library for $11,000,000 which was double the size of the new city hall, had all the parking needed and saved us more than $29,000,000, must make a lot of citizens in this city …sick.

So now,  cash-strapped Coral Springs needs more money and you and I are the suckers that they are going after to pay for their bad spending habits.

If you think this is the end of it,  think again.   Page 81 of the proposed budget  shows that even increasing taxes at 4% per year , we still are $7 million in the hole in 2021.  What if they are wrong on this too ?  That means you can expect increases to our taxes greater than 4% every year unless they STOP the money burn rate they are on now.  However, there is absolutely no incentive for anyone of the city commissioners or city staff to reduce taxes to us.

No doubt when they sell the old city hall and land estimated to be worth more than $5,000,000  , they will simply put it into the general fund or worse , will INCREASE the reserves again.  Page 8 Additional Points – Dedicating resources to fund additional reserves – means stashing away more while increasing our taxes and not spending the money.    If you and I buy a new home and sell the old one, don’t you take the money and put it down to lower the mortgage of the new home? Don’t expect it in this city.  There is no incentive for  anyone to do differently.

With a city that cannot control their spending , increases like these  will hurt our city that has to compete with other cities for business to come here.  Increase in business taxes, service charges, more property taxes will have to come about to pay for this city’s spending habits.

What can you do about it ?

Come out to the  Public Budget Hearing scheduled for Tuesday, Sept. 19 at 5:15pm in the City Commission Chambers – That’s the old city hall building that is $40M less money than the new one they built across the street.

To help with the discussion on Tuesday @ 5:15 I decided to provide Talking Points to both the city commissioners and to the citizens. I have already thought of what each would be saying anyways. Let’s see how many of these points actually come out.

City Commissioners Talking Points :
1. Howard is a disgruntled losing candidate. His article is a bunch of lies. All lies. That is not our budget he has a link to. He has manipulated the internet to phish the article from another city. ( pause for laughter). Don’t pay any attention. We are not really raising your taxes. It is all an illusion.
2. Be happy that we did not hike you more. We could have ..you know. We are KINGS. But we like to think of ourselves as one of you guys. So Shut up and take the medicine. You have no choice anyways.
3. It’s not our fault. It is the city manager that wants the extra money. Not us.
4. I wasn’t even there for the vote on the city hall. I was in the bathroom ( Commish Vignola made sure to walk out of the meeting during the vote.)
5. The city hall isn’t costing $40,000,000 as Howard says. He doesn’t know how to count. It is an $8,000,000 garage and a $30,000,000 building and we paid the Architect $2 million. He should learn how to add.

Citizens Talking Points for Tuesday’s meeting:
1. Have any of you actually read the budget you are voting for?
2. If you knew our revenues were coming down, then why did you agree to build a $40M building ?
3. If the reason you need to raise taxes is that revenues are coming down…then why are you hiring more people?
4. How about some BELT TIGHTENING ? Is there any place in this budget that we can save some money so we don’t have to increase taxpayers by more than the cost of living index?
5. How much increase in our taxes are you projecting will happen each year for the next 5 years and are you willing to resign if you are wrong?

Coral Springs City Commission Meeting: SAME OLD SAME OLD
2001-11-06  •  0 Comments
It was absolutely fantastic. The most boring show on Television last night was the City Commission Meeting. Nothing worth mentioning...
Of Mice and Men…and Commissioner Larry Vignola Stranger than Strange
2014-11-30  •  0 Comments
November 2014 - Rev 2.1  There are many people that want to be Monday morning quarterbacks as to why I...