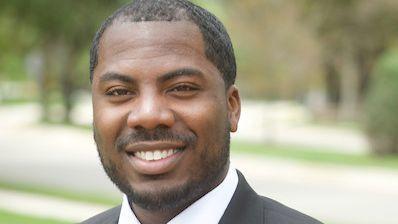 Coral Springs Fl :  November 28,2018: As a result of the unfortunate  passing of Mayor Campbell,  there is a vacancy created and a special election needs to be called which looks like will be  March 12 2019.  That is 101 days from now.   Since  there are only 4 city commissioners seated Daley, Vignola and Carter  are concerned that there may  be some hang up on voting if there is an split on any issue. That is why the three of them want to appoint a Mayor, without waiting for the special election that they need to call anyways.   One commissioner, the new guy, says not so fast.

Newly elected Commissioner Joshua Simmons stated emphatically that he will not support the appointment of a Mayor that has not been elected.   He says that 3 months is not a long time to wait and that the citizens deserve to have an elected official make important decisions .  He believes that anyone appointed would have an unfair advantage in the coming election because they would become the incumbent.

At the city commission meeting tonight, he stated “ I can’t let someone walk around the city saying that they are the Mayor when they were not elected”

Commissioner Joy Carter spoke about a Sun Sentinel  article that she said  hinted at the fact  there was an agreed upon candidate , Judge Weinstein,  that the commissioners had already agreed to seat as Mayor.  The   article written by  Lisa Huriash  reporter for the Sun Sentinel newspaper ,  only indicated that Judge Weinstein was on the short list.  Carter emphatically stated she did not speak to any commissioners about it.

Several people that have contacted Coralsprings.com said that Lisa Huriash from the Sun Sentinel saved the day.  They believed that if it wasn’t for the article she wrote no one would have even known that there may have been an attempt by the city commissioners to put into place  Judge Weinstein or someone else ‘friendly’ to their ideology.  Past Mayor Scott Brook for instance stated that if they were considering appointing someone they should consider him.  Others came to the podium also stating that Due Process should be instituted and that they were also interested in putting their name in the hat.

Dan Daley supported Joy Carter’s choice declaring the best person for the interim mayor would be Judge Weinstein further illuminating  the article was accurate in its reporting, which coincided to Carter’s statement at the city commissioner meeting – They could have appointed a new mayor tonight and Carter  and Daley wanted Judge Weinstein.  Daley wanted a Mayor appointed as soon as possible since he felt that decisions will be blocked by any split vote amongst the 4 existing commissioners.

Commissioner Vignola  made a startling comment at the meeting  when he stated that he spoke with Commissioner Carter the night before to ask her if she was going to run.  He stated this was the only thing he discussed with Commissioner Carter, who failed to mention the conversation a few minutes earlier.   The problem is that this may be a violation of the Sunshine Act which states that  two or more  commissioners cannot meet or discuss city business without notice to the public and the right for them to attend the meeting.  There were some people shaking their heads in disbelief that were attending the commission  meeting.

Larry Vignola – having heard from several citizens  including Past Mayor Scott Brook    at the public comments at the beginning of the commissioner meeting , said that he had another favorite he would vote for.  Lou Cimaglia , the incumbent that lost his seat to Joshua Simmons.  ( When Cimaglia was a commissioner he always voted the same way as Vignola) .

The meeting ended after there was a vote to shorten the period to fill the Mayor  seat by the commissioners  to 17 days – which means before Christmas.  All but Simmons agreed.  Commissioner Vignola in an attempt to be fair , wanted to make sure that the candidate will state that they will not run in the special elections – since there would be an unfair advantage. Commissioner Simmons agreed but stated smartely that if the position is filled by a person who wants to run, then they would be too busy campaigning to be an effective Mayor.   However in the end, no such commitment will be required and the motion passed 3-1 .

What’s next ?:   City Staff to prepare application form for Mayor position so that the City Commissioners can review it in 17 days and pick a Mayor – who will only be in the position for 60 or so days –  as if the Staff do not have other more pressing matters on their hands.