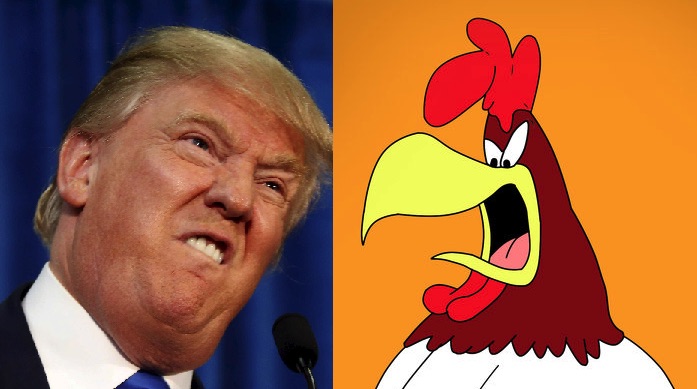 I find it incredible even laughable how Donald “Dump”  Trump (DDT) is dumping on this country of ours telling people that we are not great.  It is pathetic that there are even 44% of the Republican party that actually believe this nonsense.

Let’s look facts and not bullshit.

The of course this business about the wall – the one Mexico will pay for.   I see no evidence that DDT will get Mexico to pay anything.  Aside from BS us all on it,  what if they say no…as Mexico has already said.  DDT will do exactly what ?  Declare war on Mexico? Bomb them?  Stop imports from entering our country, which will of course devastate our economy since our prices will rise, we will run out of parts, pieces and other important products needed to keep people in this country working.   You can’t be that stupid…can you?

He talks about the trade balance between Mexico and the USA.  This is because Americans are prosperous and we actually buy stuff. Mexicans do not spend money like we do. We buy more because we can.  You can’t be that stupid to believe otherwise can you ? Is DDT really going to tell Ford and Carrier what to do?  How is he going to do that? Declare war on businesses? Change our laws ? Become king?

When you look at DDT, is this a person that you want your children to look up to and emulate? A bully, a boar, and a person that has a toilet of a mouth?

That is why most democrats are grinning at the fact that the republicans are that stupid t shoot themselves in the foot once again and put DDT as their best choice to run against Hillary Clinton.  The republicans are hanging on to the good old days when the good old boys ruled this country.  They want our country to move backwards in time and they are out of sync with reality.  When they lose the elections, once again they will say that they were not backward enough  and DDT, like Mitt Romney was not ‘conservative’ enough. When they lose both the house and the senate as well, when those  common sense republicans that are offended by having a boar, loud mouth schnook as the head of their party do not come out and vote, what will that conservative ‘tea party’ right wing minority group say then? Probably “It’s not us. It is them.”

In a country where we elected President Obama, what is the likelihood that any old Angry White Man, a dinosaur will even have a chance?  Have the Republicans not learned the lessons of the past ? I only hope that we have.

DDT is a menace to our peace and freedom that we cherish , our values that want us to build bridges and not walls.  The Pope got it right.

Sorry, there are no polls available at the moment.

SLIMFAST AND SUSHI DIET
2001-03-21  •  0 Comments
I know what you are thinking. Yet another article written about dieting. In fact I am an expert dieter and...
Cuba: The Embargo For or Against?
2001-06-08  •  0 Comments
Please email us your opinion to  Agree Disagree Thank you for giving me the opportunity to present a point of...