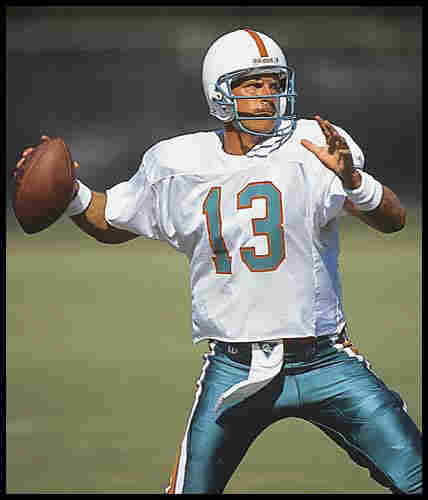 Coralsprings.com has possibly scooped another story from all the major news sources in the on going saga of the sale of the  Florida Panthers. We have learned from reliable sources that Dan Marino and Bernie Kosar are heading a group of investors that  made an offer to purchase the Florida Panthers Hockey Club from Boca Resorts Inc.  It is not known at his time if in fact the deal has been accepted or what the offering price is, but our sources tell us they are very close to making an announcement.

One month ago, we had indications that the Florida Panthers were sold,  but the deal fell through shortly after we broke the story.  It turns out that Scott Mellanby’s father was one of the potential purchasers of the team, but backed off for no apparent reason.

Dan Marino retired from football last year but has always been a fan of the Florida Panthers since the inception of the team. He and his family could always be seen supporting the team at the Miami Arena, and  more recently at the National Car Rental Center. Bernie Kosar is well known in South Florida finishing off his career with the Miami Dolphins, coming from the Cleveland Browns.   Dan Marino was instrumental in securing the Miami Children’s Hospital  Dan Marino Neuroscience Center located in Weston, Florida.

The Panthers have been in limbo ever since Wayne Huizenga  announced that he was actively searching for a buyer, and the Boca Resorts wanted to unload this asset. Huizenga is  known to the sports world in South Florida for taking teams that have made it down to the cellar. Case in point is the Florida Marlins when he put together a World Series winning team only to trade off all of the good players team the following year. What was left was know to many as the “Ever Ready Battery Club” as a result of so many ‘A’, ‘AA’,and ‘AAA’ players. Similarly, he brought the Florida Panthers to a Stanley Cup Playoff, and they have been going down hill ever since.

Not only would the purchase of the team rejuvenate the Florida Panthers fans, but given the reputation of both Marino and Kosar, their ticket sales should follow as well. The new owners would be welcome  with open arms and with the knowledge that the team is in good hands with  two individuals committed to South Florida sports.