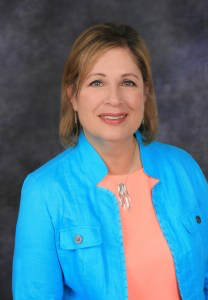 Coral Springs Fl : June 9, 2019 : Here we go again, with a third election in less than 1 year – and the voter turnout is expected to be the worst ever on June 18. Less than 5000 voters our of 83000 are expected to participate. Pathetically Coral Springs voters think that voting is nothing more than a nuisance, something that is not important and of course they take for granted.

Shame on them. Those apathetic citizens of our country to me equate to leaches sticking to the sides of the salmon getting a free ride upstream. These leaches do not add anything to our democracy except that they remove our ability to elect officials that truly represent us. The worst kind of voter- the kind that does not vote – should be given a choice of either voting or doing community service. They should give back something to the same country that gives them so much. Unfortunately, the same country that gives the right to bare arms, gives the right not to vote. Other countries actually fine their citizens for not voting. That would never go over well on this side of the pond, since I believe our politicians actually enjoy and expect the voters not to turn up – keep them sleeping so that they can enjoy the luxury of getting into power without much effort.

Candidates actually have a list of eligible voters and their voting history. Not who they voted for , but if they voted at all. They get it from our government that proudly exposes our weakness as being sheep to the politicians. With the data in hand, someone running for office knows who they should be spending their time and resources on – which house should they target. If you vote in every election like I do, primary or general, they call you a SUPERVOTER. You are going to get all kinds of shit, including a knock on the door – since you are who they want to speak to. Not the idiot that does not vote – the Supervoter that takes the time out of their day and votes.

If you are a non-voter registered voter , and get a knock on the door – make sure you jot down that candidates name and make sure you don’t vote for them if you actually decide to vote ( which you won’t ). That is because that candidate did not do their homework, and wasted time on you – and no doubt will waste our money if elected.

DIANE SIMPSON IS THE BEST CHOICE

I choose Diane Simpson since she had the balls to run against Dan Daley during the November General Election. She got 14,000 votes and gave Dan , a Democrat a good run for his money. Dan decided when he won the city commission seat, to waste more of our time and money and immediately started running for state representative. He kept his foot in the door until the last possible moment, forcing this election to happen. He got elected in the March election ( following this??) by acclamation to the Florida State House because, worse that our apathetic voter base – are the Republicans in our city that did not even field a candidate against him.

Diane Simpson is an accountant. The city budget is out of whack, due to past commissioners like Dan Daley deciding to build a $40,000,000 city hall no one uses ( Go there – The place is empty) . We need Diane Simpson to sort things out. She knows numbers. The others don’t . The City Manager could do with some help to sort out the mess.

As far as the five other candidates, I reviewed their so called platforms and election stuff. Here is my opinion as 1 out of those 5000 voters that will show up and vote on June 18.

Cerra : He was a principal at one of the High Schools in Coral Springs. How about a principal who has principles ? Or is it the other way around ? I have seen the way our schools are run – I am not sure if we need this type of experience on the city commission. Can’t expel anyone. I did like the fact that he spent some of his donations to his campaign on securing paid google keywords . Now that is good way to waste money, and of course we can’t have another commissioner wasting our money. His statement : “ Having lived in and raised a family in Coral Springs for the last 25 years, Shawn cannot think of a better way to give back than to serve as your commissioner.” Really – We have heard this before. A better way is to not be a politician.

Cipriano: As is she stated in the blog sites, she is a stay at home mom with an MBA in Marketing. Formidable reason to be a city commissioner, perhaps as good as anyone else that is sitting on the city commission. Didn’t even bother to market herself with her own website ( none) . This is not ‘ America’s got Talent”.

Cutter: A religious leader, and religious leaders have no place in government where the constitution says there needs to be a separation of Church and State. He may be an honest person but since when do we elect honest politicians? In fact, my concern would be that if he does get elected, he will quickly turn to the dark side and it will be all of our faults . His Statement on his website is : “We live in a time where people are looking for leaders who truly care about the taxpayer, rather than one who is only interested in his or her own personal interests” Sorry, Trump has taught us that it is personal interests that you should be interested in if you want to get anything done – that is in your personal interest.

Wahid : raised a significant amount of money from outside our neighborhood that should bring out some suspicion as to why he wants to be a city commissioner in the first place. With his talent for fundraising he should skip the small shit and move to a higher office – Supervisor of Elections – or – challenge Dan Daley for his job in 2 years. His statement: “ decided to run for City Commission in order to work locally for the values he fights for every day, bringing common sense, community focused leadership to the City Commission” – Wow – a nice bunch of BS if I have ever seen it. He will make a great politician, but not in this city.

Wallace : has a lot of experience working for government . She is community oriented and wants to increase affordable housing in this city and provide shelters for Homeless – Worthy causes – However – when reality sets in , these type of initiatives lower property values and subsequently the revenues in taxes to the city. Coral Springs Citizens have the saying ‘ Not near my property you don’t ‘ since we have never ever had a homeless kitchen. In fact, anyone homeless walking the streets of Coral Springs is a ‘persona non grata’ and quickly picked up and passed to Margate…Who passes them to Pompano Beach, where they do have a homeless shelter and affordable housing and a soul. She did mention as well that she knows how to increase revenue to the city – which means higher taxes – and lower property values – when means they need to raise taxes to increase revenues and that lowers property values… which means…. – Do I have to continue ?

What does all of this really mean in the greater scheme of life?

As mentioned in my article about the results in the last election click here, any one minority group or majority group can take this election easily. There are 3 women candidates, and if the women want a woman in office, then she will be in office. Same deal with anyone and everyone. However the fact is that there may be less than 5,000 out of 83,000 eligible voters will execute their duty and vote in this election – even less than the last one where only 8000 people turned out and the Mayor won by 700 or so votes . If all 6 candidates split the vote, then the winner will no doubt be the one that has received the highest lowest amount of votes. As I just wrote this I realized how simple I just put it.

You see, in the end, most of you voters in Coral Springs , just don’t give a horses ass to turn out to vote. The ones that do vote – me included – have to live with the consequence of those of you who are just a bunch of leaches sticking to us salmon as we swim for our lives upstream.

The Three Musketeers
2018-08-01
From Auschwitz in Poland to Dachau In Germany.... How a 13 year old boy now 84 year old Coral Springs...
SUSPECT ARRESTED! IN THE ABDUCTION AND Sexual Assault of Coral Springs Resident
2008-11-05
November 5 2008: Coral Springs Florida :   A suspect in the abduction and sexual battery of a 61 year-old female...
Broward County School Superintendent Runcie LIED. SAYS NO SRO AT SCHOOL
FACT: ARMED SRO CHICKENED OUT AT SCHOOL DURING SHOOTING ;
2018-02-22
It is bad enough that we are seeing so many flaws on our system of justice that now we have...
Copywrite 2020 | for Information contact Coralsprings.com 12453 NW 44th Street Coral Springs, Florida 33065 . Email: webmaster@coralsprings.com